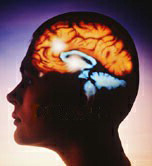 Researchers at the Taub Institute for Research on Alzheimer’s Disease and the Aging Brain decided to see if there was a genetic link to Parkinson’s disease that thus far has been unrecognized.

They determined the best approach was to focus on the GBA gene. Mutations of this gene had been identified as the cause for Gaucher’s disease, which already was known to have some links to Parkinson’s. (Gaucher disease is a rare fat-storage disorder that disrupts spleen and brain function.) What Gaucher’s and Parkinson’s most notably share is that Gaucher’s patients have a high frequency of a family history of Parkinson’s and is the most prevalent genetic illness among Ashkenazi Jews.

Researchers conducted a sequencing of the GBA gene among 278 Parkinson’s patients, 178 of whom were of Jewish ancestry dating back to all four grandparents. A similar analysis was done among 179 men and women without Parkinson’s.

Results from the study implicate a new pathway that might be important and opens the door to the development of new treatment strategies for Parkinson’s. The researchers feel further study needs to be done.

The researchers also noted that 10 years ago not a single gene had been associated with Parkinson’s. Today scientists have been able to identify about a dozen genes associated with the disease.

Next post: Antidepressants safer than antipsychotics in treatment of dementia patients