PTSD may be helped by ‘memory’ enzyme 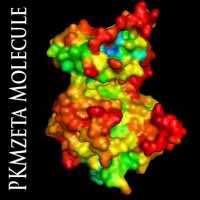 Most current theories of how we form long-term memories is that they are encoded in our brain by changes in the connections between neurons, which would not allow them to be erased chemically.

Recent research contradicts that theory by suggesting the enzyme PKMzeta, may actually be required to sustain memories. By targeting, new therapies could be developed to erase traumatic memories associated with post traumatic stress disorder (PTSD).

Researcher Todd Sacktor, M.D., of the State University of New York Downstate Medical Center, has shown that by blocking the PKMzeta enzyme in the hippocampus, a memory hub, it erased rats’ conditioned fear of spaces associated with getting shocked. But little was known about the enzyme’s role in the cortex, where most memories are thought to be stored long-term.

To learn more, researchers conditioned rats to persistently shun the taste of saccharin by combining it with lithium, which triggers nausea in the animals. The conditioned aversion to saccharin continued for 25 days until they were injected with a PKMzeta-blocking drug called ZIP. The rats’ craving for saccharin returned within 2 hours of the ZIP injection.

Sacktor suggests that a memory becomes more vulnerable to being lost when it is retrieved from long-term storage. If storage requires PKMzeta, then blocking the synthesis of specific PKMzeta molecules encoding a retrieved traumatic memory might prevent the memory from re-entering long-term storage and relieve PTSD symptoms.